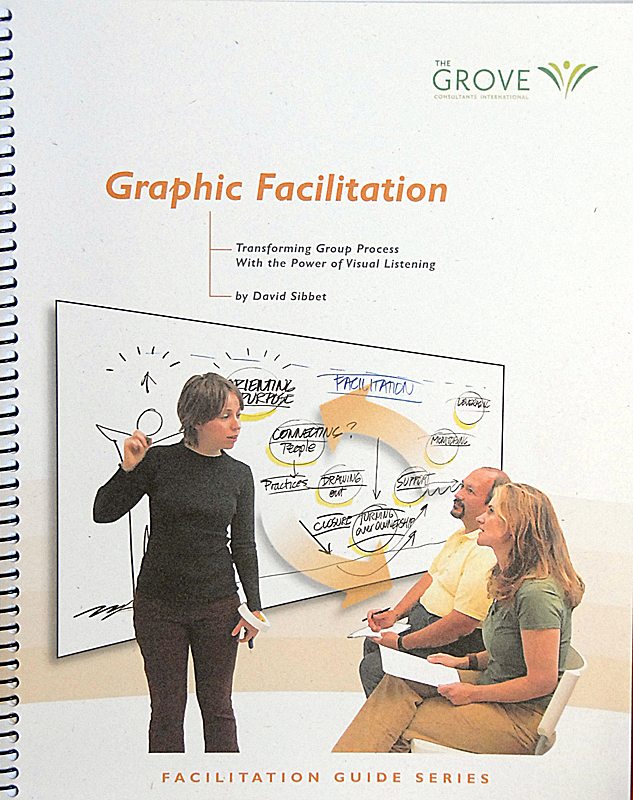 But a curious thing about tools and methods that are foundational is that they gain rather than lose strength as extensions come about. So two years ago I felt called to come full circle, after all the years of doing strategic planning, organizational change and transformation work, and after all the information design and Storymapping, to re-write I See What You Mean as a complete guide to graphic facilitation as a practice. 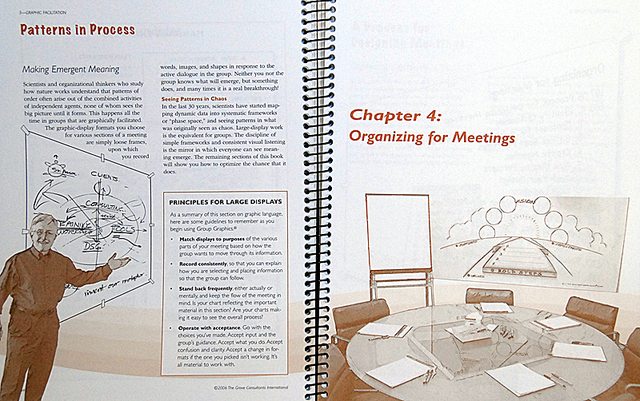 Once into the project it came alive, as all creative projects do. When I wrote the first book personal computers were not available or used in organizational work. The Grove had not developed Graphic Guides®, the full sized wall templates that help step people who aren’t good at drawing through highly visual planning processes. Teams did not meet virtually on the web. There was no such thing as tablet computer with its drawing capability. And I didn’t appreciate the extent to which listening is even more fundamental than any of the drawing.

This last idea was a doorway to the realization that for me, and for many others, graphic facilitation has gone way beyond just being a method. It is, in fact, a personal practice. And at the root of that practice is a level of deep acceptance of other people and what they think and say. It’s one thing to listen openly to another. It’s another thing to write down that listening for everyone to see. People aren’t shy about giving feedback when I miss the point, or misunderstand the image. This leads to even higher levels of attention. One day comes after another, and 30 years of this work has led to an embedded respect for others and truly open receptivity to the wisdom of groups. 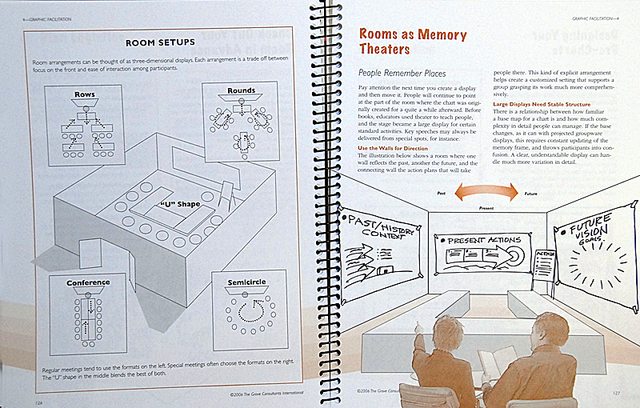 Listening, graphics, and best group practices are all essential to good facilitation. But the fact that in life the free and open aspects are inextricably intertwined with the constrained and predetermined continues to fascinate me. In facilitation this means that the rooms arrangements, choices of walls, and creating the container can be as important as what you fill it with.

As I’ve stepped into being an elder and leader in most of my communities, this business of holding an open container has become increasingly important, and wonderfully challenging if I am the one up front writing. So it’s no surprise that my own practice has moved to leading dialogue groups where I help design experiences in which the design inputs are truly transparent.

I’ll be writing about all this in upcoming books in the Facilitation Series, but for now I have that wonderfully satisfying feeling of having committed to word and image the complete Group Graphics® system and all its best practices and approaches for getting into this way of working.